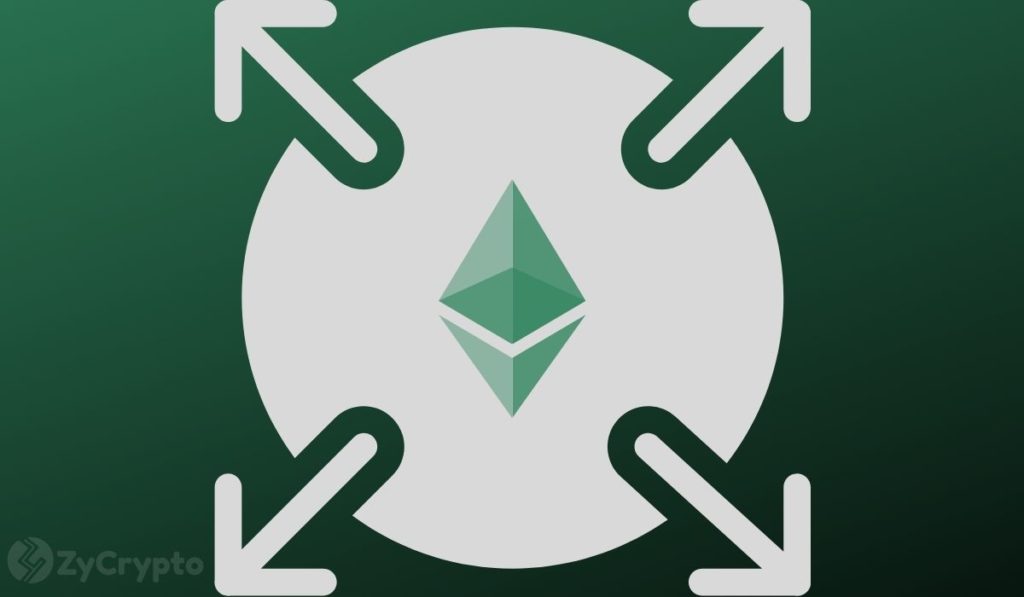 It has been a buoyant week for the Ethereum ecosystem and the DeFi craze is more than anything else, reaffirming that Ethereum is dominating the cryptocurrency market in more ways than it has, since its inception.

According to metrics on top Ethereum browser Etherscan, for the first time since Ethereum’s creation, the network has hit a new historic all-time high of 1,406,000 in daily transactions. This is the highest number of transactions to be processed by the network.

Major credit must be given to DeFi as the new record is one of the results of network congestion caused by the DeFi craze. This milestone is displaying the inevitable growth process that the network has undergone for the past two years. On the 4th of January in 2018, 1,350,000 was the previous all-time high on the network as displayed on Etherscan.

DeFi has aided the amplification of Ethereum’s dominance since it became a major part of the cryptocurrency industry. Every week, the total locked market value is increasing rapidly. As of August, the locked value hit $9 billion and at report time, the Locked value is almost halfway into $10 billion (currently $9.58 billion). The listing of DeFi tokens by major cryptocurrency exchanges served as a boost that led to this point.

Binance was one of the first exchanges to jump on the DeFi bandwagon. The Ontology (ONT) token went live on Binance in April. In June, Coinbase followed suit as it listed Compound (COMP) one of the most talked-about DeFi tokens. The listing sent the market ablaze with a 100% spike in the first few weeks. Okex did not pass on the fun as it listed eight of some of the most popular DeFi tokens to its suite which has now hit 27.

The remodeling of the Ethereum ecosystem by upgrading the network chain to a 2.0 version is still very much needed, especially at this point where gas fees are surging. The founder of Binance, or CZ of Binance as he is called, has hammered on the need for a solution to the gas fee spike which is costing exchanges and users who are now charged double of what used to be the standard transaction fee.

Many leading figures in the crypto-space have warned that caution should not be thrown to the wind as many DeFi projects have little to no inherent value. For some of these industry players, DeFi is still very much an overhyped bubble, some others have remained neutral. Nevertheless, DeFi is still on the move and with the entire world watching, the future of Decentralized finance is still showing is that it has a lot to offer to both Ethereum and the overall crypto-ecosystem.

Tezos Defends Key Support, But May Struggle to Reestablish Momentum